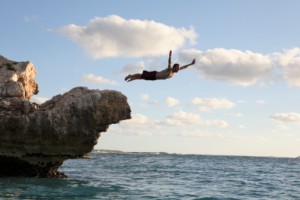 Being a search consultant I often see people in that rare time when they are in the throes of a difficult career decision. Either they are considering changing firms or even changing the type of work they do e.g. going in-house or into a corporate leadership role. In many cases the issues are clear cut like poor performance of the firm they are currently in or frustration about a lack of focus on the future. In these situations the partner in question can’t influence the outcome directly or has tried and failed. However it can be harder to decipher competing impulses in a situation when the decision is not so black and white.

I spoke with a partner recently who was considering leaving his firm. He had many reasons to stay: great work, great colleagues, years invested in building a practice and the usual motivation to maintain the status quo.

However there were also many reasons to leave: lack of transparency regarding criteria for advancement to equity, a non merit based system for existing partners, colleagues leaving due to lack of advancement and broken promises regarding promotion. I suggested he consider the following:

1) Are the issue/s systemic or unique?

A unique problem such as a conflict with an individual or dispute over a client can be worked through and is not necessarily fatal. On the other hand a systemic long standing issue within a firm usually is! For example the partner I spoke with was denied a promotion to equity despite being highly qualified, highly regarded internally and exceeding all of his budgetary requirements. In this situation the denial of his promotion was due to outdated notions of there being too many partners in the team despite the fact that he was one of the highest performers. My advice was that it doesn’t matter if the firm comes through with their promises to him eventually. If they are making an exception to their usual rules then although it might be good for him short term, what does this mean for the next great colleague or Senior Associate who ends up facing the same issues and leaves as a result?

This sort of systemic problem is not easily fixed and often the perpetrators of the model are the least motivated to make the changes! Also it reflects the way in which the firm is run, the values it has (maximise earnings for the existing partners at all costs) and it means that it is prepared to gradually undermine it’s talent pool over time at the expense of short term profit.

2) Be wary of misinterpreting a strong impulse to move!

Don’t confuse the strength of your feelings with them being an indication that you should leave the law altogether and buy a coffee franchise! Strength of feeling is more often an indication you have left things too long, not that you need to make a dramatic change. Just finding a firm you are better suited to with similar values can have a transformative effect on your happiness! You may have underestimated how unhappy you were at an unconscious level. Don’t throw the baby out with the bathwater.

3) Leave logistics to after you have made a decision.

Do not count the logistics of a move as a part of the package of things you should consider before making the decision to move. I have never met a partner who liked the ugly painful process of leaving one law firm to join another. In many cases there are recriminations, stressful file negotiations, in some rare cases litigation. In most cases however the parties are able to find a way through. No matter how hard things can sometimes get, you should never make the decision to stay in a firm based on how hard it would be to leave. First decide WHAT you want then worry about HOW you are going to get there.

4)  It should feel right

When you have considered the pros and cons and the emotions have subsided, overwhelmingly your decision, if it is the right one, should “feel peaceful and right”.  If you feel a kind of manic excitement, maybe take a bit more time to think things over!  The best decisions almost always sit most easily within us.