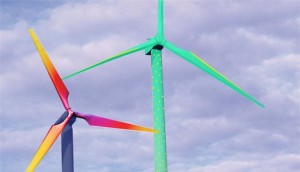 In the last 6 years, the larger law firms in Australia have made a seismic shift away from focusing on increasing partner numbers to the continued growth, or maintenance, of recently challenged profit margins.

A number of different factors have acted as catalysts for this shift including:

Anecdotal feedback from partners, during this time, was that some firms lost as much as 40% off their bottom line.  There was quite a great deal of pressure placed on many firms to focus on increasing that profit to remain competitive; not just to their own partners but also to potential external partner recruits and global merger suitors.

Australian firms reacted in different ways but the immediate panic drove the focus towards increasing profit at all costs by:

As a consequence many law firms have lost partners as they struggled to remain competitive in the brave new world.

However the refocus on profits and increasing globalisation of some firms has had positive consequences including:

What has been consistent throughout this period is the continuing focus on increasing profit and firms further refining their positioning irrespective of size.  The shift away from bigger is better is a massive change in the Australian law firm market and has created a more nimble and fluid approach to client servicing, law firm structure and also partner recruitment strategy.